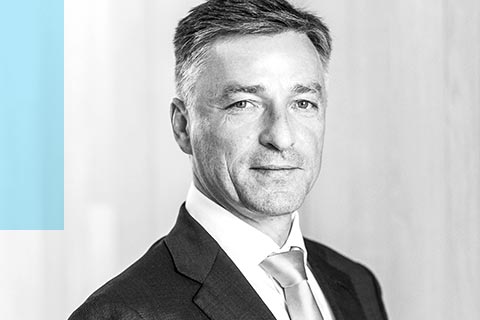 Dr. Jörk Hebenstreit has set up his consulting firm to take the next step in the development of this industry by combining the advantages of classical strategy and management consulting with innovative approaches and agile ways of working.

He studied and obtained his PhD in physics in Jena and Wroclaw, and subsequently he worked in various management positions in an international technology company. In his last position he was Vice President in the company and responsible for one of the major business units. During this time, he completed his management know-how at the renown INSEAD Business School and was awarded with the "Distinguished Service Award" of the Photo Marketing Association International.

In 2006 he switched perpectives to become partner in a strategy consultancy. In 2009 and in his position as R & D board member, he was responsible for the success of a global player in the field of measurement technology. Since than, he has been a member of various boards of directors and he gave lectures on technological and agile topics at the Furtwangen University. Since 2016, Jörk has been active in consulting again and since then, he has been responsible for numerous agile projects in various industries.

In addition to his work as a consultant, Jörk is a highly qualified representative of the international Scrum Community in his position as a Certified Scrum Professional. He has been involved in the development of the German economy together with other representatives from top management,  as part of the Baden-Baden Unternehmergespräche e.V.

You wish to book an individual inhouse training?